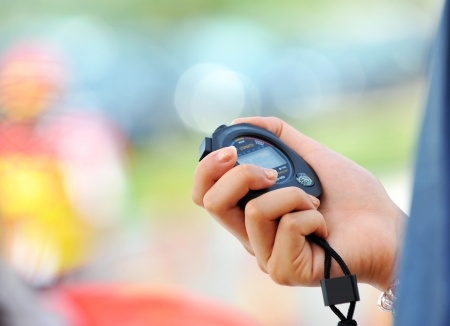 DUTIES OF UMPIRES DURING THE MEET

a. Provide allowed marking material for relay exchange zones.
b. Remain at their stations until a particular race is completed.
c. Check with the head umpire at a pre-designated place before the next race is started.

a. Wave a yellow flag to indicate a possible violation
b. Wave a white flag, if no infraction is observed.
c. Record any infraction (competitor’s number, lane, foul, etc.) and give the report to the head umpire.

1. Teammates shall occupy and exchange in the same lane
2. Each competitor shall carry the baton by hand
3. An acceleration zone of 10m.(11yds)may be used in relay races, where the incoming competitor is running legs of 200 m. or less in lanes
4. Baton must be passed, while baton is within a 20 m.(22 yd) exchange zone.
5. A baton that leaves a runner’s hand must be retrieved without interference.
6. If a baton is dropped outside the exchange zone, it must be retrieved by the runner, who dropped it
7. After passing the baton, the relieved runner should stand still or jog straight ahead

INFRACTIONS (penalty: disqualification from event)
1. Stepped on or over inside lane line or ran on / inside track curb for three (3) consecutive steps, which allows a competitor to gain advantage.
2. Interference is any action by a competitor that unfairly changes the course or natural running rhythm of a competitor during a race. This may include bumping, tripping, or running across the competitor’s path.
3. Illegally ran outside the assigned lane or course

THE HURDLERS (penalty: disqualification from event)
1. Did not attempt to clear each hurdle
2. Deliberately knocks down any hurdle with hand or foot
3. Advanced or trailed a leg or foot along the side of and below the height of the hurdle gate.
4. Ran over a hurdle not in the assigned lane. Ran around a hurdle.
5. Impeded another hurdler (i.e. swinging arm wide into adjacent hurdler), that unfairly changes the course or natural running rhythm of a competitor.

RULES ON UNIFORMS (penalty: disqualification from event)
1. Failure to wear the school uniform, including assigned contestant number
2. The jersey (singlet) must hang below or be tucked in the waistband of shorts.
3. Failure of relay or cross country team to wear same school uniform.
4. Removing any part of the team uniform, excluding shoes, while in the area of competition, shall lead to warning, repeating will lead to disqualification.
5. Loose fitting boxer-type shorts are permitted for boys and girls; and closed-leg briefs / shorts are acceptable for girls.

CONDUCT UNSPORTSMANLIKE (penalty: disqualification from event and from the meet.)
1. Behavior that is unethical or dishonorable including disrespectfully addressing an official, any flagrant behavior. This shall apply to team/school personnel.
2. Taunting or criticizing an opponent or an official.

CONDUCT UNACCEPTABLE (** penalty: disqualification from event)
1. Willful failure to follow an official’s directions
2. Using profanity as a competitor when it is not specifically directed
3. Pacing or assisting a competitor
4. Leaving track and re-entering to continue a race.
5. Competitors joining hands to finish in a tie.
6. Using an aid during a race.
7. Views a videotape, visual reproduction of competitor’s performance or utilizes wireless communication device prior to the completion of competition. 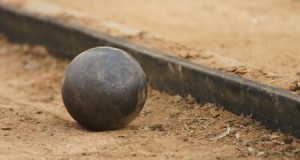 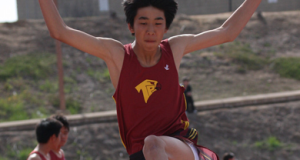 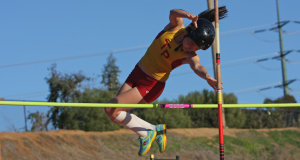 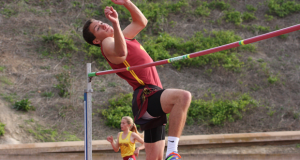 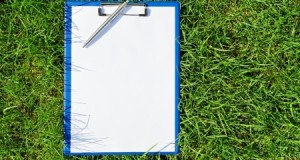 © Copyright 2013, All Rights Reserved. | Site by J.Couvignou
Scroll To Top